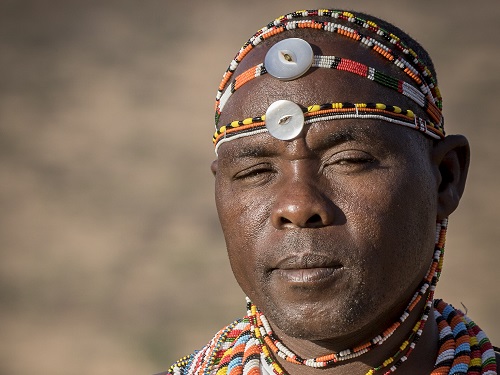 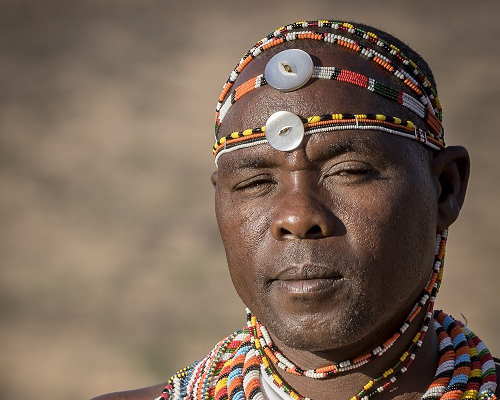 Q. What is the most exciting / memorable story / sighting?
A. I’ve got three incidences; one was a lion hunting a giraffe where it was hard for it to have a giraffe’s neck thus have to cling on the rear right leg. The second was a lion killing a Grevy’s Zebra at the National Reserve where they ganged up and injured the zebra starting from the backbone and last but not the least , was a crocodile fighting with the lions because of the elephant’s carcass at Ewaso Nyiro river at the National Reserve.

Q. Why do you love Kenya?
A. It is my country and also because of the rich culture and wild animals.

Q. What’s the strangest / funniest thing you have ever been asked?
A. One of the most memorable funniest question ever asked was why do the lions feed on the grass when they can’t find prey, and my answer was survival for the fittest.

Q. When was the last time the wildlife of Samburu scared you?
A. It was in the year 2011 when I was going for a sundowner drive around Kalama Conservancy when I found elephants mating and the bull stopped and charged before coming towards us. I had to drive very fast!

Q. What motivated you to become a guide?
A. My love for nature. It all started while I was a conservation ranger at Kalama when I started guiding the guests on the bush walks at Saruni Samburu.That was when the owner of Saruni Lodge identified me and from then I joined the team. Also meeting different people was what I always wanted in life.

Q. What makes Saruni different?
A. Firstly, the fact that it is allocated in a conservation area with local Samburu guides who can be in a position to answer all the questions in both wild animals and the Samburu culture. And the view summarizes it up with the amazing sunsets.

Q. What is your favourite animal species in Samburu and why?
A. Grevy’s Zebra because it is one of the rare species and only found in the Northern parts of Kenya also their beautiful stripes attracts someone’s attention even from far.