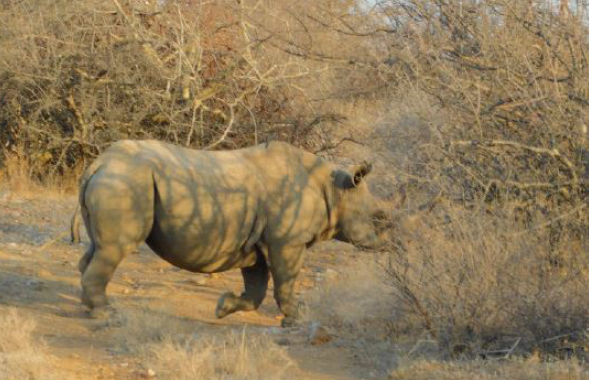 By far one of the most laid back of the rhinos at Sera, Nariku Sera is popular with Lodungu/Cedric (ID #14), the big, dominant male and with Nadungu (ID #11) and Napanu (ID #16) , two females of very similar age. Although she spends time in the company of these three rhinos she’s also quite happy to wander alone for extended periods of time. She’s relaxed, shows less suspicion and is a fairly confident rhino. If she smells or hears something unusual she’ll only run an hundred metres or so before returning to feeding, which means she’s a good bet to track.

The first female rhino to be translocated to Sera Conservancy from Lewa Wildlife Conservancy, she was born the 5th calf of ‘Sonia’ – a famous rhino in Lewa. She is rumoured to be expecting – time will tell!