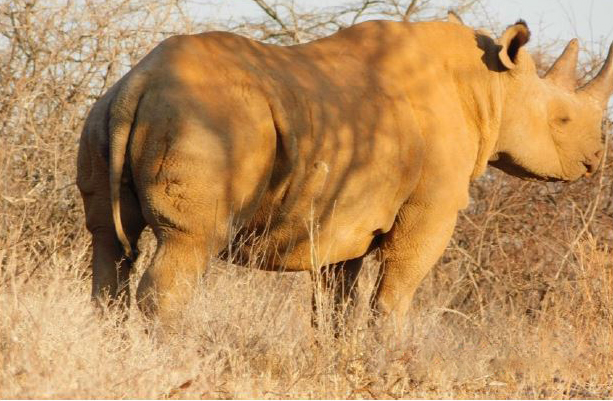 NAPANU
Name meaning: ‘The adding one’ in Maa

One of the calmer rhinos, she’s a favourite with everyone because she’s such an easy rhino to track and often lets the lucky visitor get very close. Most Sera rangers say that if you’re tracking Napanu then you’re almost guaranteed a good sighting. Unlike most of the rhinos she’s rarely bothered by unexpected sounds, including the clicking of a camera (most of the rhinos run away as soon as they hear a camera click). Once she does realise that people are close she never charges and will simply amble away.