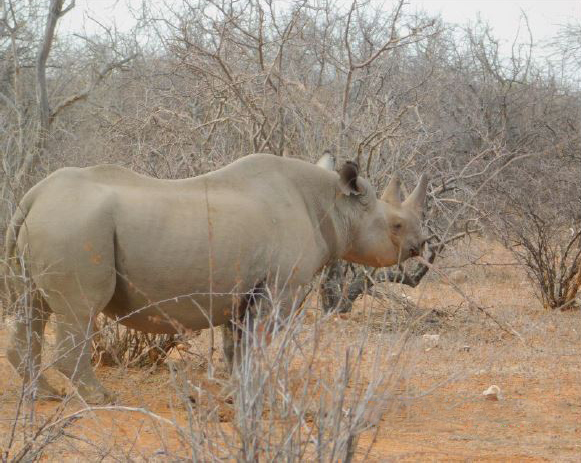 With her daughter, Ntangaswa and a frequent companion of male Loseku (ID #5), Naitamany is usually found amongst dense vegetation, which can make tracking her very difficult. In March 2016 she gave birth to Ntangaswa, the first rhino born in Sera. Due to the fact that her calf is still with her at all times Naitamany is currently very cautious and likes to keep away from people as well as most of the other rhinos (Loseku excepted). Prior to the birth of her baby she was a calm and easy to approach rhino. Once her baby leaves her side (which is likely to happen in the back end of 2018) then Naitamany will likely return to her old ways of munching on twigs and leaves relatively unperturbed by visitors.

Another female rhino that was brought from Lewa Wildlife Conservancy, she is the first rhino to calf in Sera. On 11/3/2016 she gave birth to Ntangaswa.