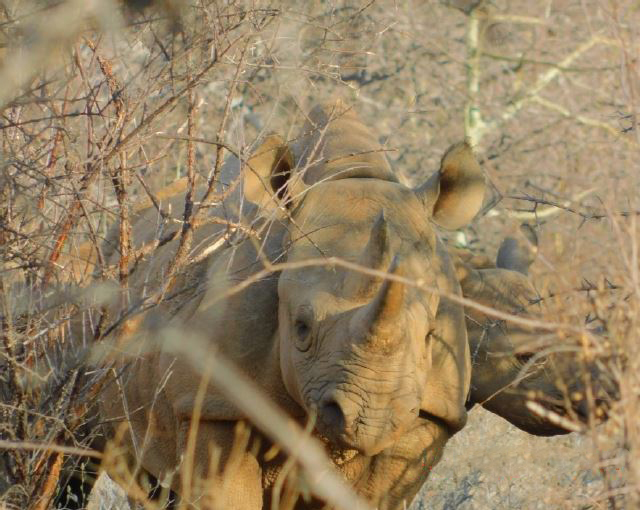 A bit of a wild child, Nairenyu has given birth to two calves. One at Nakuru and one at Sera. However, realising that bringing up kids is a lot of hard, thankless work she’s abandoned both of them on their first day in the world. The calf born in Sera, Loijipu, was transferred to the Reteti Elephant Sanctuary where he’s doing well and will likely be reintroduced to Sera in 2018. Although black rhinos are notoriously bad mothers and often abandon their young they would rarely do this without good reason. Therefore it’s likely that Nairenyu was spooked by something (perhaps even an observing ranger) shortly after giving birth and this caused her to run away. Unfortunately, as well as being bad mothers they also have poor memories and quickly forget what it was they were running away from or where they were before, and so after running away she probably forgot that she had a new baby! Her mothering skills aside this is a rhino with a feisty character who will never give a human a chance to get near her.

She is very suspicious – as soon as she gets wind of someone approaching she will either immediately run away or give a scary mock charge before scampering off. This makes her a very difficult rhino to track and if possible then rangers will always take you to see a different rhino. Always on her own but on a few occasions, she’s been spotted hanging out with male Loitemu (ID #8) but the relationship never seems to last!

*Mother to Loijupu – abandoned, being cared for at Reteti Elephant Sanctuary. She is the 2nd female rhino to give birth at Sera.