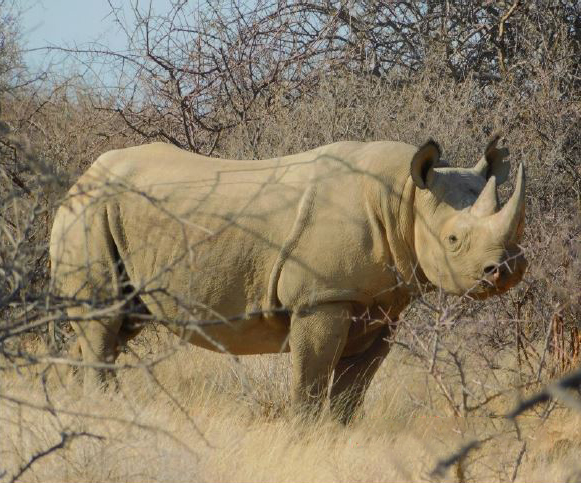 A loner, Loitemu is a huge animal, but despite (or perhaps because of!) his sheer bulk and power he’s a very mellow rhino. This is most likely because he comes from Lewa and, like most of the rhinos originating from there, he’s very used to seeing rangers and other people on foot. He’s even less bothered about vehicles and will blithely walk right up to a safari jeep. He’s not at all bothered about unusual noises, though strange smells will spook him a little. Although he’s considered one of the best rhinos to track he’s a little hard to find because the battery in the tracking device embedded in his horn has died so finding him now is more a case of luck than technological wizardry. When you do find him though you can be sure of a good sighting as he allows you to get close and very rarely runs away. He is usually found alone, even if he has been spotted on a few occasions with Loicharu (ID# 7) and Nairenyu (ID #9). Loitemu is the calf of Meluaya at Lewa.