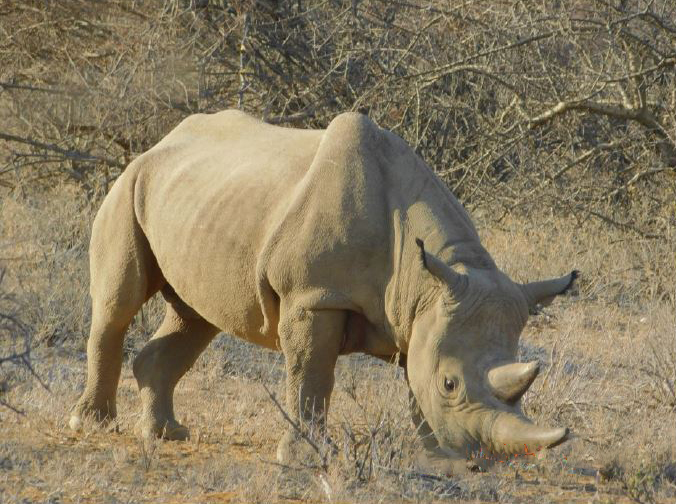 A favourite with rangers and tourists, Loicharu is confident and calm and whereas many other rhinos prefer to keep tucked away in the bushes, Loicharu will stride confidently out into the open and isn’t fussed about people approaching him. He’ll even allow people to get as close as five metres away (when the conditions safely allow). This means he’s generally one of the best rhinos to track and photograph. Rangers tell thrilling stories of having nothing but a tree or a termite mound between them and Loicharu. If a strange noise or smell does frighten him then he’ll just move away a short distance away before allowing you to approach again.

He is another relaxed male rhino of the sanctuary, and spends most of his time alone. On a few occasions, he hangs out with male Loitemu (ID #8).

He associates a lot with the females and, as males (of all species!) are prone too, he had a serious fight with Lodungu/Cedric (ID #14) over a girl. Lodungu/Cedric left him seriously injured and you can still see the scars from his injuries on his shoulder, and therefore doesn’t attract the oxpeckers!