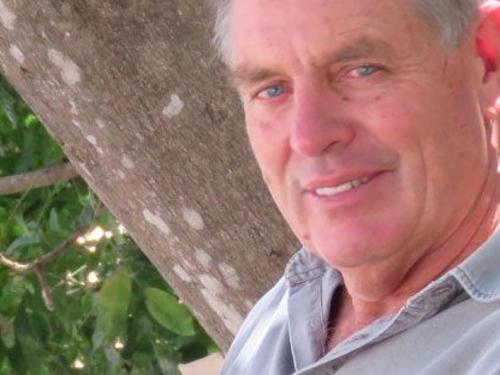 It was the last evening of my stay in Sera. Sammy Lemiruni and I were in the Saruni jeep heading towards our last encounter with the rhinos. As we drove over the bumpy track we watched a tiny, two-seater aeroplane with bizarre, over-sized, sponge-like wheels scoop low over the hills, bank around and land in an eruption of desert tinged dust on an ‘air strip’ that most people wouldn’t even consider a footpath. “There’s only one person who would try and land there”, said Sammy, “It must be Ian Craig”.

Ian Craig’s place in the annals of conservation history is assured. In 1983 Craig, along with his father and the late Anna Merz, started the Lewa Wildlife Conservancy (then called Ngare Sergoi Sanctuary) on the northern slopes of Mt Kenya. The conservancy quickly turned into a model of community and wildlife conservation and a catalyst for similar conservancies in northern Kenya; of which the Sera Conservancy is but just one example. Craig stood at the helm of Lewa as the Executive Director until 2009 and, in 2004, spearheaded the formation of the Northern Rangelands Trust (NRT; www.nrt-kenya.org), an umbrella body that supports community conservancies across northern and eastern Kenya. Today the NRT has 33 member conservancies that work across 44,000 square kilometres of prime dryland wildlife territory and together help develop, support and fund thousands of people in hundreds of communities.

As Ian climbed out of his plane we drove up to him with the intention of trying to ask him a quick couple of questions. I wasn’t sure how a man as busy as he must be would react to being pounced on by a nosey journalist the second he arrived, but I needn’t have worried. As soon as he saw us pull up he came straight over to our vehicle to ask if I was enjoying my stay and the experience of seeing the rhinos.

When I commented that one of the perks of the job must be flying low between the conservancies Ian replied that “This is the job. I used to do all the office and CEO stuff, but it wasn’t really for me. I like to be out here on the ground. I try to get to all the conservancies under NRT as much as possible. At least once a week.”

I asked him what it was that had made Sera the conservancy of choice for a rhino relocation programme “In a nutshell it’s great habitat; it’s remote and away from civilisation and, most importantly, the land belongs to just one community so it’s easier to negotiate with them. This also means that security is easier to guarantee. Plus the community here actually wanted the rhinos and the small human population here mean that a greater percentage of local people can gain financially from the conservancy and the rhinos”.

With that Ian excused himself, wished me a good stay and rushed off to his next meeting.