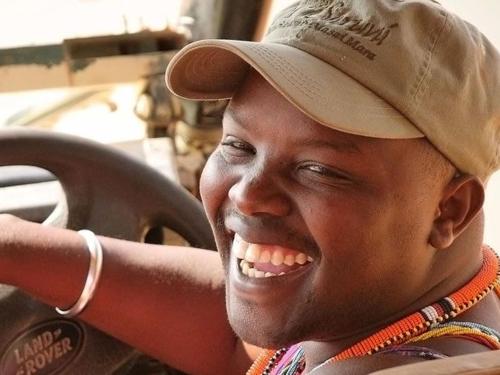 Through the eyes of Dixon Yaile

Q. What is your most exciting or memorable sighting?
A. I came across two male leopard fighting. They fought for three hours before one of them became victorious and the other ran away. I remember it so well because of how rare it is to see a leopard let alone two and fighting over territory. Leopard are very illusive and are solitary animals so this was an exhilarating and unusual sighting.

Q. Why do you love Kenya?
A. There are so many things about Kenya; it is my homeland; the Masai Mara, the Great Rift Valley… Kenya lays in the cradle of mankind and it is therefore not only my home but everybody’s home.

Q. What’s the strangest / funniest thing you have ever been asked?
A. I’d have to say without a doubt that would be “What do lions eat?” I rather gently replied “Well, carnivores generally don’t eat grass…”

Q. When was the last time the wildlife of the Masai Mara scared you?
A. About two months ago I was driving home after some very heavy rainfall and I had to cross an area where some of the land in the road had completely washed away, leaving very tricky terrain in which I became temporarily lodged. About 5 meters away were four lions. I knew I had to grab my shovel and dislodge the troubled area so I waited a long time to see if the lions would go away and after they didn’t I made the decision to get to work. With one eye on them at all times I was able dislodge the vehicle very quickly and get on my way. Phew!

Q. What motivated you to become a guide?
A. I have always had a love for nature. However, before I was a guide I was a night guard. I used to listen to the stories the guides would tell the guests around the fire and think of telling such stories myself. It was during my time as a night guard when I actually sat my Bronze-level Guiding exam and became a guide. Now I live and tell those very stories.

Q. What makes Saruni different?
A. We are far removed from any other lodges and the hustle and bustle of other game viewers. We neighbour Mount Kilelioni, the highest point in the Masai Mara, which is unique to us and our guests; a place that touches our guests hearts when we take them there for sundowners. Also how we, the guides, as well as the rest of the Saruni team, share these experiences with the guests. I recently spotted a leopard from our main lodge during dinner and myself, the guests, the managers, and the waiters, were all beaming with excitement.

Q. What is your favourite animal species in the Masai Mara?
A. The black and white Colobus monkey . They have unfortunately been hunted extensively leaving them to be a very rare sighting. Now, the only place we can see them is Mount Kilelioni, where we go for sundowners. The couple of times I have seen them here, I have turned the engine off and just watched them glide from one tree to the next; such graceful creatures.

John Dixon comes from a very large family based near Saruni and has been living surrounded by wildlife since when he was a baby. Calm and professional, he has been dreaming of being a guide for a long time until he was able to join us as a tracker. John Dixon is the perfect guide to explain the Maasai culture and what it means to grow up in a very remote land where the signs of civilisation are very slow to arrive. His understanding of birds and plants is second-to-none and he can get very close to elephants in total safety: elephants were his friends when he was learning how to herd cows in the Yaile valleys owned by his father, a respected elder of the community. Since 2014, he belongs to the elite class of silver-level KPSGA guides.