Saruni In the Media 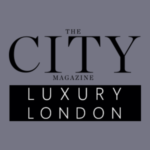 In 1970, after decades of poaching, the number of black rhino grazing the planet’s grasslands had fallen to 70,000. By 1993, that figure had dropped to 2,475. Thanks to international efforts, and the first ever black rhino safari project in Kenya, numbers are on the rise.